Recurring Patterns: Be Yourself -- Everyone Else Is Taken

There is no other way to say it: Nick Shine* is a very awkward young man.

He just graduated from college last spring, he is sometimes offputtingly intense, and he has never used a spreadsheet. But Nick had a burning idea for a cool new Wave-2 e-commerce company, and he couldn’t have chosen a better time to start it: with a laptop and a broadband connection, a glimmer of an idea, and a solid grasp of today’s technology, content, and distribution platforms, it’s never been easier to launch a business.

So Nick borrowed money from friends and family, stole nights and weekends from his girlfriend and co-founders, and launched a new service that was starting to attract big brands. The time to get serious was now, and he needed to raise capital.

When Nick Googled “How to pitch a VC”, he found over 6 million rules, guidelines, anecdotes and templates for what he should – and should not – do to land the support of a top-tier partner. And then Nick started asking his friends, who—wishing as gently as possible to turn his geeky earnestness into a highly-polished gameshow-host persona—gave him all kinds of conflicting advice:

Amidst all this confusion, Nick met me through a mutual friend and asked me one of the most common questions we get as VCs: how do I represent myself and my company to investors? Nick worried about making professional PowerPoint, padding his financial model, changing the way he spoke and what he wore. He worried that if he didn’t change who he was, he wouldn’t get funded.

Oscar Wilde put his finger on this simple truth: 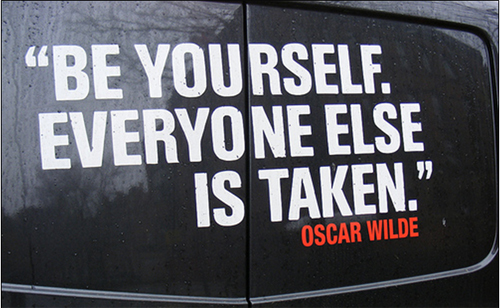 The history of some of the world’s most successful venture investments should convince you that this is true. People with very intense personalities have been funded: 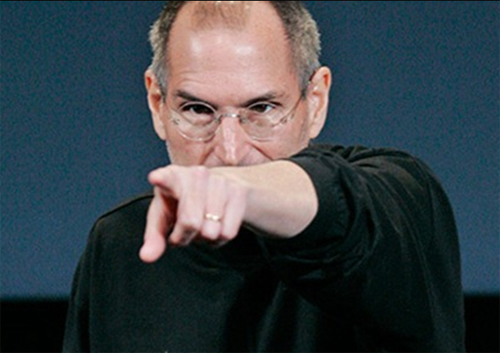 People whom some might have felt were a bit socially awkward: 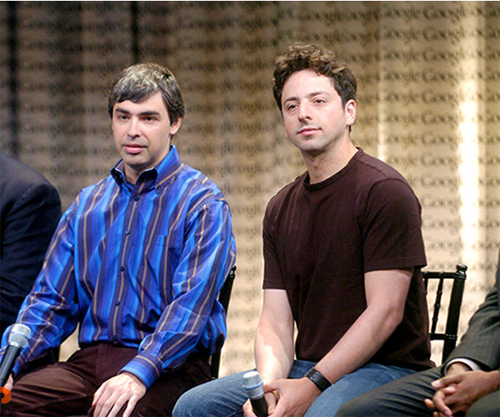 Some people who never made it through college: 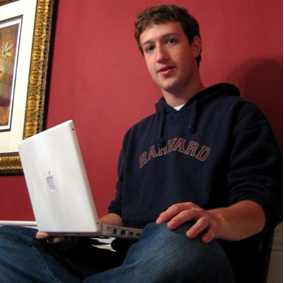 Some people with dubious hair-grooming skills: 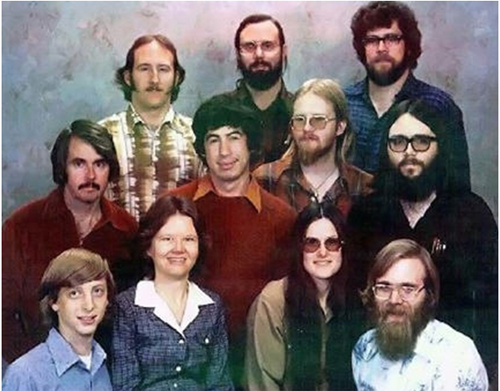 And some people with a flair for European fashion: 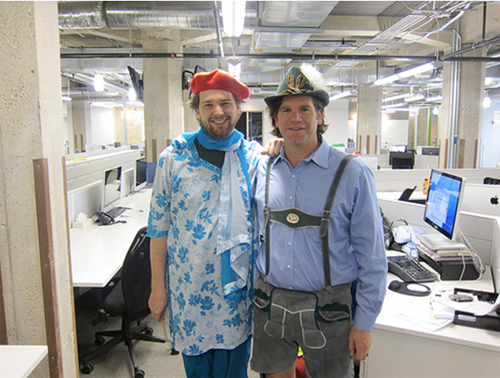 One common thing about all these successful company founders was that they were driven, smart, and totally committed to what they were doing. They worried a lot more about the quality of their team and company than the bling of their PowerPoint (or Keynote or Prezi – it doesn’t matter!). And they recognized this other simple axiom: 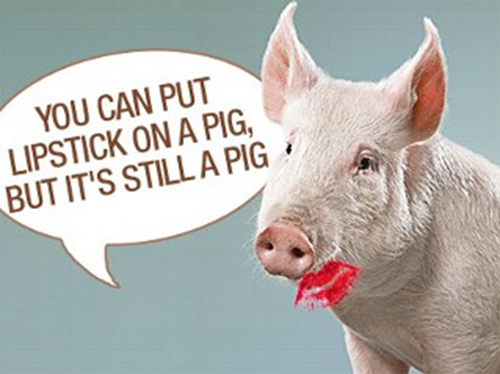 Any investor who is worthy of a great company should be able to see the good in the company, even through the murky lens of a rough presentation. In fact, there is probably an inverse relationship between the skill and quality of a firm and its reliance on the surface idiosyncrasies of a pitch. The best investors know how to distinguish substance from salesmanship. So I told Nick to worry more about what he says than how he says it.

There are some common elements to great pitches though, even if the way they’re conveyed often does (and should) vary widely. The best pitches tend to answer at least these five questions:

1. What problem made you start your company? The most successful founders have often solved very personal problems. Marc Lore and Vinit Bharara were new fathers who were tired of hauling boxes of diapers and baby supplies to and from their cars in the middle of the night, sometimes unable to find the right sizes and products they needed. So they founded Diapers.com, the hands-on easiest way to order and quickly receive baby supplies online. Diapers was acquired by Amazon in 2010 for $545 million. Josh Makower, an NEA Venture Partner and CEO of medical devices incubator ExploraMed, had suffered for many years from sinusitis—an inflammation of the sinus lining affecting 37 million people where the default treatment was invasive, painful surgery. So he founded Acclarent, a company that makes a minimally-invasive balloon device that opens the sinus passageway and restores normal functioning without the need for traditional surgery. Acclarent was acquired by Johnson & Johnson in 2009 for $820 million.

2. Why is your solution best, and how will it get stronger? The most successful company founders know what their secret weapon is, and they design companies that make those weapons stronger and stronger. Proprietary technology, unique content, a platform monopoly, incredible design, or merely being first-to-market can be that snowballing advantage. Kai Li, a professor at Princeton and NEA Entrepreneur-in-Residence, invented a unique way to fingerprint data that he discovered could reduce storage loads by 20x, an almost insurmountable advantage to the bulky, burdensome data storage tapes that had been industry standard. The company he co-founded, Data Domain, pioneered data deduplication and utterly transformed the data storage business. The company was acquired by EMC in 2009 for more than $2 billion. Ren Ng, founder of Lytro, created the first fundamental innovation in photography in two centuries (and won Stanford’s best Ph.D. prize for it): Lytro’s solution to the problem of bad picture-taking comes from its mind-blowing patented technology, which ensures that no picture taken will ever be out of focus, ever again. And for Akshay Kothari and Ankit Gupta, co-founders of Pulse, an obsessive compulsion around clean, fun design has made Pulse the biggest and fastest-growing mobile news reader—and winner of the Apple Design Award (anytime Apple says your design is good, it’s good).

3. How will you make money? Even if the plan is to grow a huge audience of users first and worry about monetizing later, it’s best to have a plan from day one. One of the most foresighted things that Pinterest founders Ben Silbermann and Paul Sciarra did in their early days was to place a subtle “$” sign in the corner of each pin a user created. Even though there was no immediate plan to monetize the service, the DNA and user expectations that this created will position the company well to activate monetization in the future. Compare that to the backlash that Twitter experienced over some of its attempts to introduce monetization when a non-commercial ethos is strong. And even when founders don’t have a clue how they’ll monetize, they adopt an open stance when one presents itself. When Andrew Mason, founder of Groupon, came to NEA he had an idea for an online social activism site called ThePoint, in which he brilliantly envisioned the Internet as a way to tip solutions to collective action problems. When we started seeing people use ThePoint to effect group buying deals—and the monetization potential of that concept—we seized upon it quickly, creating the worldwide phenomenon that is now a public company valued at more than $12 billion.

4. Who’s on the team? Especially at the very earliest stages, good investors invest fundamentally in people and want to see the right mix of skills that will take the company to its next milestone (be it a product release, critical partnership, or revenue target). You don’t have to be staffed up to go public—just to get to the next stage. When Henrik Fisker started Fisker Automotive, he brought on a luxury car dream team: the top designers at Aston Martin and BMW, a CFO from GM, and the CEO of Maserati. And the aspirations of haute couture e-commerce company Moda Operandi would simply not stand a chance without superfashionista co-founders Lauren Santo Domingo and Aslaug Magnusdottir’s deep industry roots and cozy relationships with the world’s most desirable brands.

5. What help do you need? The best entrepreneurs think beyond the money. They ask themselves what their company needs to get to its next stage, and they make sure that they get it—and more. Be specific: do you need help hiring (and if so, whom?), securing a critical partnership (which partner? What type of partnership?), negotiating bigger strategic issues? If you’re going to give up part of your company to someone, know what you’re getting in return.

Second, the oft-quoted saying that “taking on an investor is like getting married.” That’s just not true either: in most religious and civil partnerships, if it doesn’t work out, you can get divorced. When you sell part of your company to someone else, you’re giving outright ownership: you can’t unilaterally take back a piece of property you’ve already sold, so choose your partner carefully.

And finally, there is often a euphoria (and sometimes a pretty good party) surrounding a venture investment, as though getting funded was in itself a huge accomplishment. It’s not. It’s a potential enabler of huge accomplishments, and it’s just the start.

Nick was himself when he pitched to NEA. We backed him.

*Nick Shine is a pseudonym for a real entrepreneur with whom we have worked. In the “Recurring Patterns” series, Patrick will tell the pseudonymous stories of entrepreneurs he has met.