At NEA we are driven to build. Whether big or small, tangible or intellectual, we aim to progress and build something every single day. Our founders set out to build a 100 year firm perpetuated by collaboration, trust, and expertise– not legacy alone. Today, almost four decades later, we think the foundation they laid is stronger than ever: it is ingrained in our business, our culture, and our aspirations.

Even as we rush headlong into a new year, we can't help but reflect on the many moments and milestones in 2014 that made our firm, our partnership, and our portfolio stronger. It's our great fortune to work with an incredible group of entrepreneurs, colleagues, and friends to build businesses, relationships, and new technologies and medicines that can change lives. Following are some standouts that we'll take with us into 2015 as part of the fabric of our firm, and the foundation upon which we'll continue to build.

In October, a group of tech CEOs and industry leaders joined NEA for a retreat on the idyllic California coast. The overwhelming takeaway? Culture matters--at every stage of a company's growth.

Culture: Why It Matters from Day 1 — and Every Day After
CEO Retreat Photo Album
STOCK-IN-TRADE: PORTFOLIO COMPANY PUBLIC DEBUTS

Congratulations to the 12 NEA companies who debuted on the NASDAQ and NYSE exchanges in 2014.

FOSTERING AWARENESS: KEEP IT COOL
When NEA GPs were nominated for the ALS Ice Bucket Challenge, they delivered.

From group Halloween costumes, and World Series Giants spirit to a little bit of "friendly" summer game competition, the NEA team was up for a lot of group activity and team spirit this past year!

BUILDING THE NEXT GENERATION OF WIRELESS

One of our most memorable M&A events in 2014 involved not one but three NEA healthcare companies. In October 2014, Abbott announced its bold entry into the field of catheter-based electrophysiology by acquiring Topera, securing a future right to purchase Advanced Cardia Therapeutics, and making a strategic investment through Abbott Ventures in VytronUS. The wizard behind this magical deal? None other than NEA Partner Justin Klein. 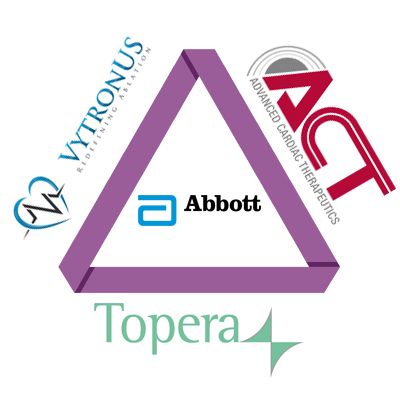 NEA experts and portfolio companies are at the forefront of breakthroughs in the battle against cancer, with novel technologies and scientific advances targeting a broad range of cancers. NEA's Dave Mott, Elliott Sigal, along with Tesaro, Epizyme and Cleave Pharmaceuticals are featured in this video produced last spring: New Frontiers in the Fight Against Cancer.

Following up on a successful program launch in 2013, NEA produced two additional installments of In the Studio. Championed by NEA Partner Dayna Grayson, the program was created to mentor and develop up-and-coming designer entrepreneurs and arm them with skills and knowledge to grown their startups.

The NEA team hosted and attended events all over the globe, with great scenes and scenic views ranging from our rooftop party at The Standard in New York with SVB and LHV, team bonding in Napa, a little sight-seeing in Abu Dhabi.

NEA investors participated in dozens of speaking engagements in 2014. Healthcare and Technolgy team members took the stage for keynotes, fireside chats, panels, judging positions, and even a Hall of Fame acceptance!