Bullish on Boston: Why Biotech (and More) is Booming 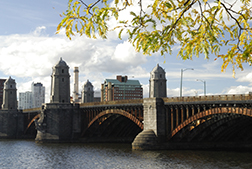 I spend a lot of time in Boston these days. So do many of my partners. In fact, half of our partnership serves on boards in Boston, and we have about two dozen Boston companies in our active portfolio. This is not a new phenomenon—NEA has always been among the most active VCs in Boston—but today we’re spending more time here than ever before. Why? Because we’re seeing more opportunity here than ever before.

This might sound counterintuitive at a time when many in our industry have labeled Boston as a waning power in the innovation ecosystem. It’s true that there are fewer VC firms anchored in Boston than a decade ago. The flow of capital has slowed too, largely due to further concentration of VC dollars in and around Silicon Valley and the more recent rise of New York as a technology hub.

So why bet on Boston? First and foremost, Boston is the undisputed epicenter of life sciences innovation today. There’s plenty of data to back that claim

The region’s biotech cluster is unrivaled. Cambridge’s Kendall Square is at the hub of an extraordinary confluence of entrepreneurial talent and innovation, adjacent to MIT, with global big pharma leaders like Amgen, Biogen, Genzyme, Novartis, and Pfizer all sharing the same few blocks with biotech startups, research institutions and VCs. NEA’s new office is in Alexandria Technology Square, a space that comprises about two million square feet focused on bioscience, including companies in our portfolio—Cydan and Epizyme are in the same complex, and a handful of others are within easy walking distance.

This proximity is conducive to a growing concentration of talent and resources, and bodes well for capital flow and partnering too. NEA will continue to aggressively pursue new investment opportunities in both life sciences and technology. Biopharma is a key driver for us in the market, but tech is poised to boom in Boston as well, with more and more good reasons for companies—and talent—to stay put.

As a founding partner in The Experiment Fund, a seed-stage fund operating on Harvard’s campus, we’ve seen firsthand the groundswell of tech innovation and entrepreneurial activity—in fact, NEA recently led a Series A round in Philo, an Xfund company that began in a college dorm room. Companies don’t have to relocate to scale their growing business—Care.com has raised more than $100M from a VC syndicate including Matrix Partners, Trinity Ventures, NEA, and IVP. Capital follows innovation, and I expect both to be robust in Boston in the coming years.

There’s no one more pleased by NEA’s expanded Boston presence than I am. These days I’m here just about every week. Looking forward, I expect to see more and more entrepreneurial activity in Boston, and I’m happy that NEA will be here to help fuel it.