Today Vtesse, a newly formed biopharma company, announced that it has raised $25 million to develop novel treatments for rare diseases. It’s a significant milestone for several reasons, first and foremost 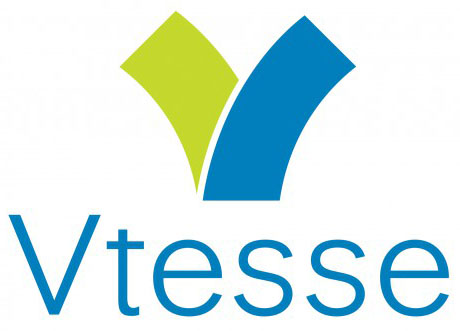 because the funds will enable Vtesse to advance clinical study of VTS-270 for the treatment of a devastating genetic rare disease called Niemann-Pick Disease Type C (NPC). Currently there is no approved treatment for this lysosomal storage disease (LSD) affecting an estimated one in 100,000 to 150,000 children who suffer progressively severe impairment of motor and intellectual function, and often die before reaching adulthood.

Today’s announcement is also significant because it marks the first spinout from Cydan, an NEA-backed accelerator formed in late 2012 around the novel concept of spinning out biopharma companies in the rare disease space. NEA’s investments in Cydan and Vtesse, part of a broad and growing portfolio of companies focused on rare diseases including Prosensa, Amicus, GlycoMimetics, Edimer, Lumos and others, underscore our commitment to the rare disease sector. As defined by the FDA, a “rare disease” is one that affects fewer than 200,000 patients in the U.S. Yet the aggregate number of patients affected by rare diseases is staggering—there are nearly 7,000 rare diseases affecting about 30 million Americans and about 350 million people worldwide. Most rare diseases are genetic and show up in childhood, but the vast majority of these have no approved treatment options – sadly, about 30% of rare disease patients die by the age of five.

Because they have been largely neglected by the industry due to their relatively small patient populations, many of these diseases are often referred to as “orphan diseases.” Strong advocacy from patient groups led to initiatives like the Orphan Drug Act of 1983 to encourage development of treatments for rare diseases, and in recent years, major advances in genomics and new treatment modalities have spurred a sharp increase in the pace of rare disease drug development.

Yet why the sharp increase in investment, both within NEA’s biopharma practice and across the industry? As one of my tech colleagues asked gamely once, why would we pursue treatments for small patient populations when there are plenty of diseases with very large addressable markets?

This question gets to the heart of what we look for as healthcare investors: proprietary scientific advances in treating disorders with high unmet need. With rare conditions, as mentioned above, patients often experience severe morbidity and early mortality, and there are usually no disease-modifying treatments available. Yet the outlook for treating many orphan diseases has become increasingly positive.

First, the genomic revolution has led to rapid advancement in our understanding of many rare diseases, which are often due to a mutation in a single gene. In addition, new treatment modalities such as exon-skipping, gene therapy, RNA-based therapies, etc., have also recently made treating many rare diseases feasible. High unmet need paired with small, focused patient populations also means that smaller trials can demonstrate benefit quickly and with less capital; regulatory agencies have demonstrated increased flexibility around trial designs in recent years, recognizing that rare disease drug development is unique. Commercialization is also usually easier, given a limited number of clinical experts in the disease and very proactive, plugged-in patient populations. The potential to develop and launch a drug on a reasonable amount of capital is highly desirable for venture-backed companies, which sometimes get “stranded” post Phase 2 waiting for a partner or acquirer to run large, costly Phase 3 trials.

Of course, NEA does fund companies developing therapies for more prevalent conditions, ranging from diabetes to congestive heart failure to many forms of cancer. But even with common diseases, the paradigm is shifting – often there is now an emphasis on defining and targeting sub-populations most likely to respond to a new therapy (“precision medicine”). In today’s healthcare environment, companies must develop therapies that “move the needle” – preferably generating a high response rate in a targeted subset of patients, while avoiding the expense and side effects of treating patients who are unlikely to respond. Importantly, many rare disease approaches also have the potential to be generalizable to more common disorders, or to a broad subset of rare diseases that share an underlying pathology.

Over the years NEA has had substantial success with medical device accelerators (ExploraMed, Denali, Prospex, etc.). It had traditionally been deemed more challenging to incubate biopharma projects, given that costs to de-risk therapeutic assets are higher and timelines are usually longer. But the increasing prevalence of exciting orphan drug opportunities in academia and small biotech, demonstrating progress but not quite ready for institutional investment, led Dave Mott (head of NEA’s healthcare team) to believe that there may in fact be an opportunity to create a biopharma accelerator in the rare disease space.

Despite growing interest several big pharmas have shown in the orphan drug space, these diseases are not always ideal for their large, process-driven development organizations. We decided that perhaps an experienced team of drug developers, led by CEO Chris Adams, could identify promising pre-clinical (or occasionally, as with Vtesse, even clinical) rare disease assets. These could be de-risked with a modest investment of time and capital (for instance, replicating academic experiments; performing additional efficacy or safety experiments; evaluating drug-like properties; etc.) to make them institutionally investable. We convinced several high-quality co-investors (Pfizer Venture Investments, Lundbeckfond Ventures, Bay City Capital and Alexandria Venture Investments) to invest in Cydan alongside us. The spinout of Vtesse just over two years after NEA created Cydan is an exciting first in what we hope will be a string of promising companies to emerge from this accelerator.

Vtesse embodies the momentum we’re seeing within the rare disease space. In addition to taking over the Phase 1 study of VTS-270 currently being conducted by the National Institute of Child Health and Human Development (NICHD), which is part of the National Institutes of Health (NIH), the company plans to develop other novel drugs for NPC and other LSDs under a Cooperative Research and Development Agreement (CRADA) with NICHD and the National Center for Advancing Translational Sciences (NCATS), also part of the NIH. These are the types of collaborative relationships we hoped Cydan could facilitate, and Vtesse will build on the exceptional work done at the NIH and continue to benefit from ongoing collaboration with NICHD and NCATS.

It merits mention that many of the opportunities being evaluated at Cydan are from academic institutions. More and more, top universities are placing value on “translational” medicine—taking science from benchtop to bedside—in addition their traditional emphasis on early scientific advances. Increasingly, today’s scientists are focused not just on making discoveries, but on making discoveries that will ultimately improve human health. It is exciting to see collaborations between biopharma, academia, clinicians, and patient advocacy groups move innovative therapies such as VTS-270 forward, and we believe that Cydan can play an increasingly important role in enhancing the symbiotic relationship between academia and the biopharma industry.

We look forward to continuing to work with Vtesse, under the leadership of CEO Ben Machielse and a team of experienced biopharma executives, to advance VTS-270 as a potential treatment for NPC patients. And as we partner with Cydan to identify and evaluate other promising candidates, we are very excited about future opportunities to bring novel treatments to patients affected by rare and orphan diseases.