Judging by the volume of recent news coverage, one might think you can’t walk around Silicon Valley anymore without tripping over a unicorn. 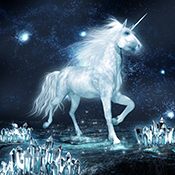 defined as a company with a valuation greater than $1B (and the VCs who invest in them), the term invaded the tech/startup community lexicon late last year, when TechCrunch published, “Welcome to the Unicorn Club,” a guest post from Aileen Lee identifying 39 technology companies founded since 2003 with public or private market valuations of $1B+. The post’s popularity spurred an avalanche of follow-on analysis, both published and private. Our own tally of VC investors in those 39 companies showed that while many VC firms have invested in one or two “unicorns,” firms that have invested in more than a handful of unicorns are a rare breed, indeed.

Shortly thereafter CB Insights published, “The Exceedingly Rare Unicorn VC.” This analysis used different parameters, citing 45 venture-backed US-based technology companies exiting from 2004-2013 with a valuation over $1B. The investor results were remarkably similar despite the different criteria, with Greylock, NEA and Sequoia leading the charge with eight “unicorns” each.

Next (finally) healthcare got some attention in a second study from CB Insights, in which Alta Partners, NEA, OrbiMed and each had six $500M+ healthcare exits during the same period. That the bar was halved is hardly surprising—in life sciences, particularly biotech, the big value inflection points tend to come much later in the company’s lifecycle. This is readily illustrated within our own portfolio: three biotech companies have achieved $1B+ valuations following IPOs in the last three years, but none was there out of the gate.

With Unicorn fever most humorously captured in First Round Capital’s annual holiday video, “What Does The Unicorn Say?” and most ominously assessed by the New York Times last week in, “$1B as Milestone and Omen,” the tone of the discussion has recently begun to shift from celebratory to pondering whether another “B” trend may be in play: could this be a bubble?

At the risk of sounding plaintive, the bubble-or-bust, feast-or-famine headlines don’t do the VC industry any favors. It’s a cyclical industry, but not as erratic or volatile as pundits often seem bent on portraying it to be. Today, I would argue, is neither feast nor famine for the industry. It is a relatively healthy period in terms of capital coming into the industry and the receptivity of public markets, but M&A is on the weak side and there is a lot of global uncertainty. What is exceptional, however, is the rate of technological innovation and the magnitude of impact.

I believe we are in the early days of one of the most robust periods of innovation I’ve seen in my lifetime, with multiple, concurrent innovation cycles—it’s not just cloud or mobile or big data or biotech, it’s all of the above, and more. If the shift to cloud is even equal in magnitude to the shift from mainframe to client-server in the 90s—and I’d argue it’s much bigger—a new generation of tech giants will emerge. Not just $1B companies, but $100B companies. Enterprise and consumer technology are the first wave in a transformation that will ultimately impact nearly every aspect of human existence—from education to transportation to healthcare.

So what does that say about the current class of private companies with $1B+ valuations? Well, for starters, I’d argue that there’s a lot of room in the market for some very large businesses. It also merits mention that a decade or two ago, many of those companies would have long since gone public versus raising another round of venture funding. Some valuations will prove to be as ephemeral as the fabled unicorn—we’re already seeing this on the consumer side (Fab.com, Living Social). Perhaps there will even be a flameout or two spectacular enough to become Valley legend. But many companies will justify that valuation, and some will go much, much farther.

We are privileged to have partnered with many entrepreneurs to build billion-dollar-plus businesses—they are the outliers, the exceptional outcomes that keep us all employed. Hopefully we learn from the rest. We’ll stay nimble—ready to seize an opportunity, but also prepared to walk away. As to the rampant boom-or-bust speculation, whether exultant or premonitory, we’ll take it all with a grain or three of salt.

I’ll close with a unicorn fun fact: In medieval times, unicorn horns were highly sought after for their magical powers, believed to eradicate poison and cure depression. Opportunistic Viking traders peddled long, white, spiral horns for huge sums—but sadly, the tusk of a toothed whale never healed or enlightened anyone. The takeaway? Don’t grab a unicorn by the horn unless you’re reasonably certain it’s not a narwhal tusk. 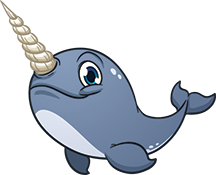